With Christmas a matter of weeks away, many of you will be looking to rake in as much revenue as possible during the holiday season. With so many people itching to buy themselves or family members sneakers for Christmas, these next few weeks present an unrivaled opportunity to cash in.

As many outlets have already reported, many of the big sneaker releases between now and Christmas will be dominated by bots, driving up demand from ordinary members of the public looking for sneakers for their kids or partners on reseller marketplace sites such as StockX or GOAT.

The good news is that by taking the right steps, you can take advantage of this pent up demand and dramatically increase your Q4 revenue.

So without further ado, let’s tell you what you need to be doing to

during this holiday season.

So with so much potential out there, you can spend your time hopping onto all sorts of trends and end up making mediocre profits on each. The correct method is adopting the opposite approach. Drill down into a specific sneaker niche and slowly but surely become the best at what you do.

Anyone can hop onto a hyped shoe. However, by taking the time to carve a specific area of sneakers you focus on, you can use that as a competitive advantage. It doesn’t really matter what the specific niche is. It could be that you target artist collabs or country-specific exclusives. The point is that by immersing yourself within that niche, you can find less-hyped shoes that go on to become home runs in the sneaker resell market.

You will also gain an edge over those sneaker resellers who pop their head into your specific market for a hot second and try to guess whether the shoe is going to go up in value or not.

As is the case with any reselling business, timing is everything. Some sneaker resellers make the mistake of listing too early, screwing themselves out of hundreds or even thousands of further profit had they held onto them for longer. None more so is this the case than with original release sneakers (OGs).

Remember that as Christmas approaches, buyers become more and more motivated. By mid-December, some will be desperate and be willing to pay whatever it takes to separate you from your OG Air Force 1s.

It’s all about striking a balance, but you don’t want to be selling OGs in November. If you want to lock in the highest pre-Christmas profit, you should wait until the last possible date you can ensure they will arrive in time (maybe factor in express/tracked shipping with delivery guarantees).

Remember, you could simply sit on them for a long time if you want to lock in major long-term profits. Popular OGs almost guarantee profits in the long run (even if you’ve paid significantly over retail several years later). So while that money won’t be in your bank account this Christmas, they will keep earning for you over the next 12 months, and you can cash during the next holiday season if you have changed your mind. There’s nothing more detrimental to a shoe’s value than a restock. Economics 101 will tell you that as supply goes up, demand falls – and so will the resale price of your sneakers.

Thus, it’s your job to keep your eyes peeled on any Q4 announcements lined up by major brands such as Nike and Adidas. As soon as you see rumors swirling on forums, sneaker reselling discord groups, or Reddit, it’s time to get them sold. Fast. Waiting is only going to hurt you.

If you can sell your sneakers before the restock is officially announced, then your hard work will have paid off. You won’t be left holding a pair of sneakers that may have halved in value overnight.

Know When to Move Sneakers On

In many ways, sneaker reselling is like entering a trade. You buy a commodity at one price, hoping to sell it for a higher one. When we have an asset such as a sneaker, and its value starts to go down, we tend to hold onto it longer than we should in the hope that the price will reverse and go back up again.

This phenomenon in the trading world is known as the sunk cost fallacy. You’ve invested time, money, and resources into acquiring these sneakers, so you feel that you should hold onto them until they return you a profit you’re happy with.

However, that attitude is going to severely dent your long-term profits.

Let’s take the situation above as an example, whereby a limited-release shoe has a restock announced. You were previously looking at locking in a $180 profit. Now you’re looking at a measly $10 profit. The smart seller gets rid of their sneakers at this point and moves on.

The inexperienced seller, however, holds onto the shoe, deciding it's a long-term play anyway. One year later, and a further restock later, you are facing a $250 loss, all because you couldn’t bring yourself to take the hit on your profits.

So, just like the best stock traders do, always have a “stop-loss” in play. A figure at which you get out, even though you might not have made much (or anything) on that particular shoe. Not everything you pick up will be a winner. Those who manage to avoid emotion and protect themselves against huge losses will always outlast sneaker resellers that let emotions cloud their judgment.

As mentioned at the top of the piece, super-hyped sneakers will be snapped up by the professionals within a matter of seconds. So look a little deeper at shoes that aren’t receiving the love they perhaps deserve, and look even closer at those with limited releases.

Once again, the limited release ensures solid supply and demand fundamentals, but it also avoids saturation in the resale market. The issue is that, without help or an encyclopedic knowledge of the market, finding less-hyped, less-saturated sneakers is not easy. 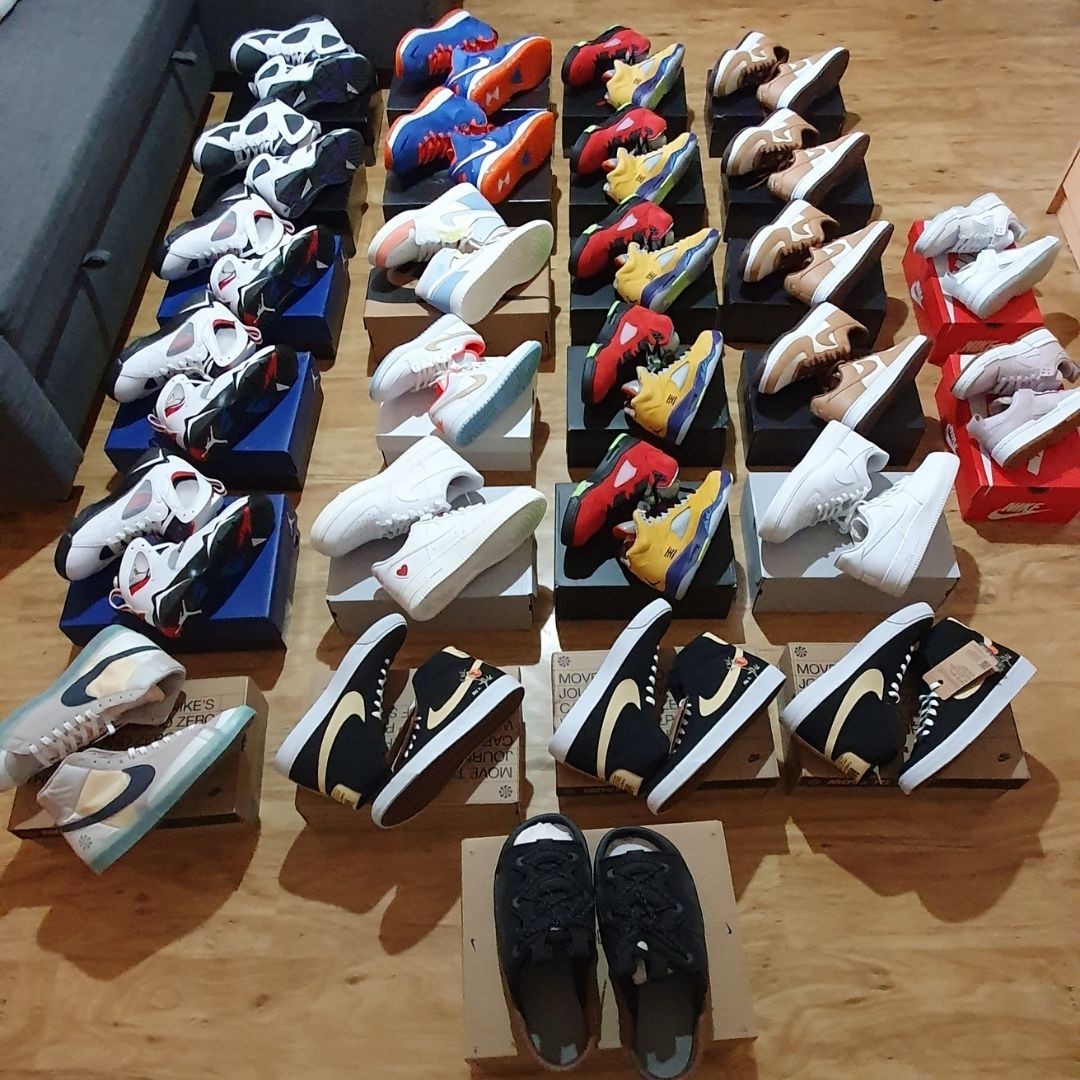 Being under the radar inherently means they are more challenging to find – unless you have the tools at your disposal to unearth hidden gems. That’s where having a service such as BrickRadar comes in handy.

With an algorithm that analyzes millions of data sets per second, you can use BrickRadar to find sneakers that perhaps didn’t receive much love on release but are now subsequently gaining significant traction in the resale market. With a dedicated Brick Score, you can even figure out how safe your profit margins are, helping you make informed decisions regarding the best under-hyped shoes.

Reduce Your Time Spent On Research

If you’ve been in the sneaker reselling game for any length of time, you’ll realize that your most significant obstacle to raking in more revenue is how many hours you spend researching to make that money in the first place.

In the sneaker business, time is money. The less time you spend researching shoes, the more time you’ll have to buy and sell the shoes to bring in that all-important revenue (and, therefore, profit).

Once again, this is where a service such as BrickRadar, can completely transform your revenue capabilities. Each day the artificially intelligent algorithm throws up several resell opportunities, giving information as detailed as the specific shoe size you should buy to maximize profits.

Better still, those opportunities are presented in a way that allows you to lock in your sneaker resale profit in a three-step process. You are given the link to buy the specific sneaker in question and shown where to list the shoe at the suggested price. So you click to buy, wait for them to arrive, and then immediately resell. It’s that simple.

So instead of spending six hours researching a specific shoe, you could have bought six sneakers and have them in transit already while you do the initial prep work for your upcoming StockX or GOAT listings.

In other words, BrickRadar ensures every second you spend on this side hustle (or full-time business) relates to revenue-generating activities, rather than arduous manual research that may well prove fruitless.

Drive Up Your Sneaker Reselling Revenue this Holiday Season with BrickRadar

At BrickRadar, we understand that there is no time like the holidays to maximize profits. With Q4 season spending dwarfing all other quarters of the year, sneaker resellers need to do everything in their power to squeeze every last drop out of these bumper trading conditions.

With BrickRadar, you take the guesswork and legwork out of your profits. With several sneaker opportunities delivered to you directly every day, all you need to do is click the links provided to secure 20-100% profits every single time.

No matter your specific strategy, BrickRadar’s thriving support community is the place to pick up hints and tips, and get the inside track on upcoming sneaker lines, restocks, and limited releases.

With membership capped to maintain the profitability of the algorithm, this service is available on a first-come, first-served basis only. Once it’s full, it’s full. Plus, with a 7-day free trial, this limited opportunity is totally risk-free.

So make sure you sign up today before the last remaining spots fill up!

Click here to start your free 7-day trial of BrickRadar. 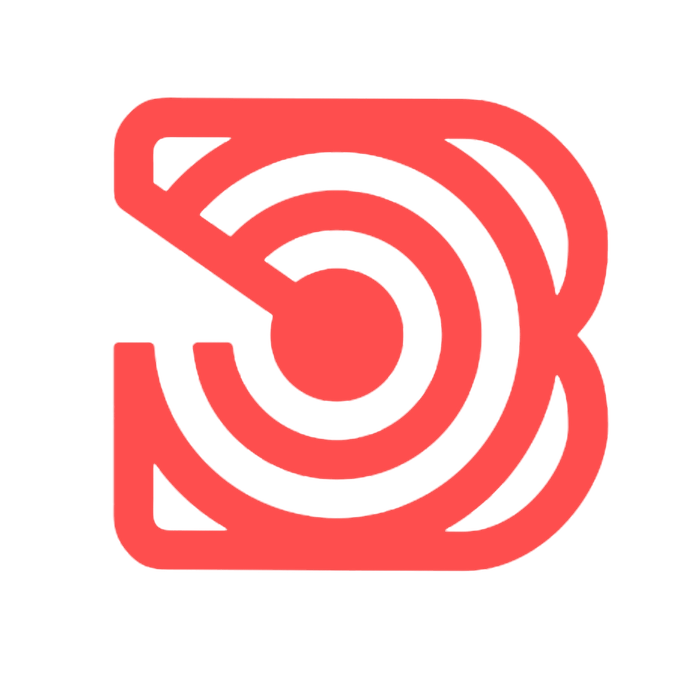